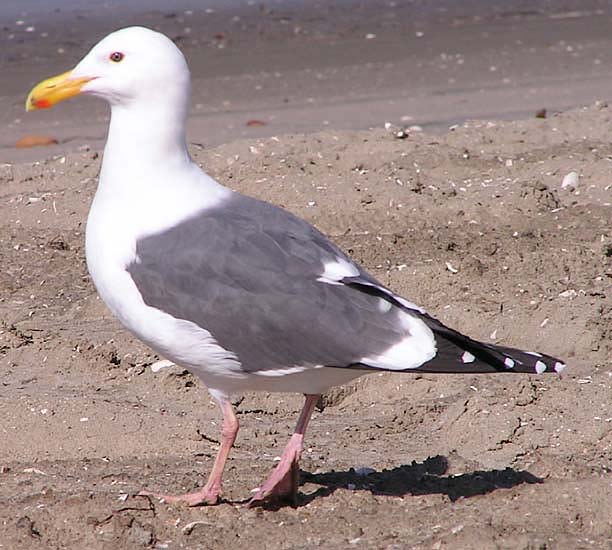 This gull lives along the eastern Pacific coast from British Columbia to Baja California; they are rarely seen inland.  They are found on wharves, jetties, docks, on beaches and around estuaries and areas with tides.  Their diet consists of fish, marine invertebrates, carrion, refuse, small mammals and both eggs and young of other birds. They catch fish by diving or wading and are often seen following fishing boats, feeding on scraps thrown overboard by fish cleaners.  The western gull has spectacular white plumage with a dark slate-gray mantle. Photo courtesy of the Jim Serpa Photography Collection.