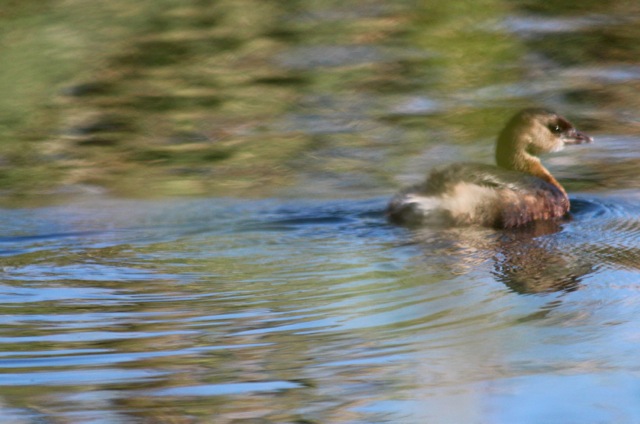 The most widespread grebe in the New World, and the most familiar in most temperate parts of North America. Far less sociable than most grebes, almost never in flocks, sometimes found singly on small marshy ponds. When disturbed or suspicious, it may sink slowly until only head is above water. Rarely seen in flight. Often secretive in the breeding season, hiding in marsh, making bizarre whinnying, gobbling, cooing noises by day or night.  Description from www.audubon.org .