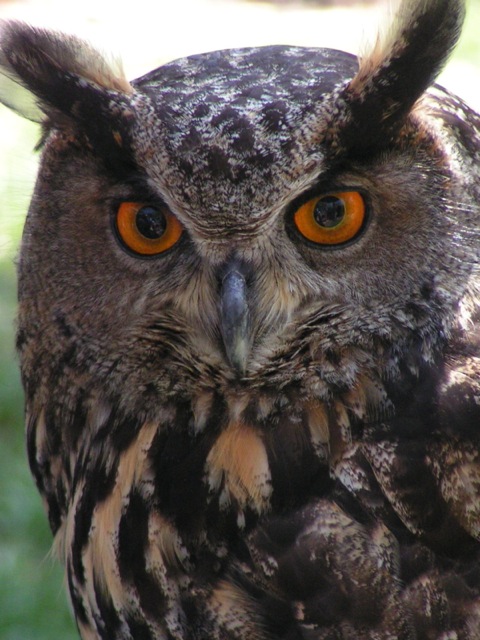 The great horned owl is the most common owl of the Americas and can be found from the Artic to the southern tip of South America. They are at home in suburbia as well as in woods, jungles and farmlands. The northern populations migrate in winter, but most live permanently in more temperate zones.  The Great Horned Owl is easily recognizable because of the feather tufts on its head. These “plumicorns” resemble horns or, to some, catlike ears. Like other owls, these birds have an incredible digestive system. They sometimes swallow their prey whole and later regurgitate pellets composed of bone, fur, and the other unwanted parts of their meal. Great horned owls are largely nocturnal so they can be difficult to spot. But in the dark after sunset, or just before dawn, they can often be heard vocalizing with their well-known series of “Hoo H’hoos!” Photo courtesy of the Jim Serpa Photography Collection.